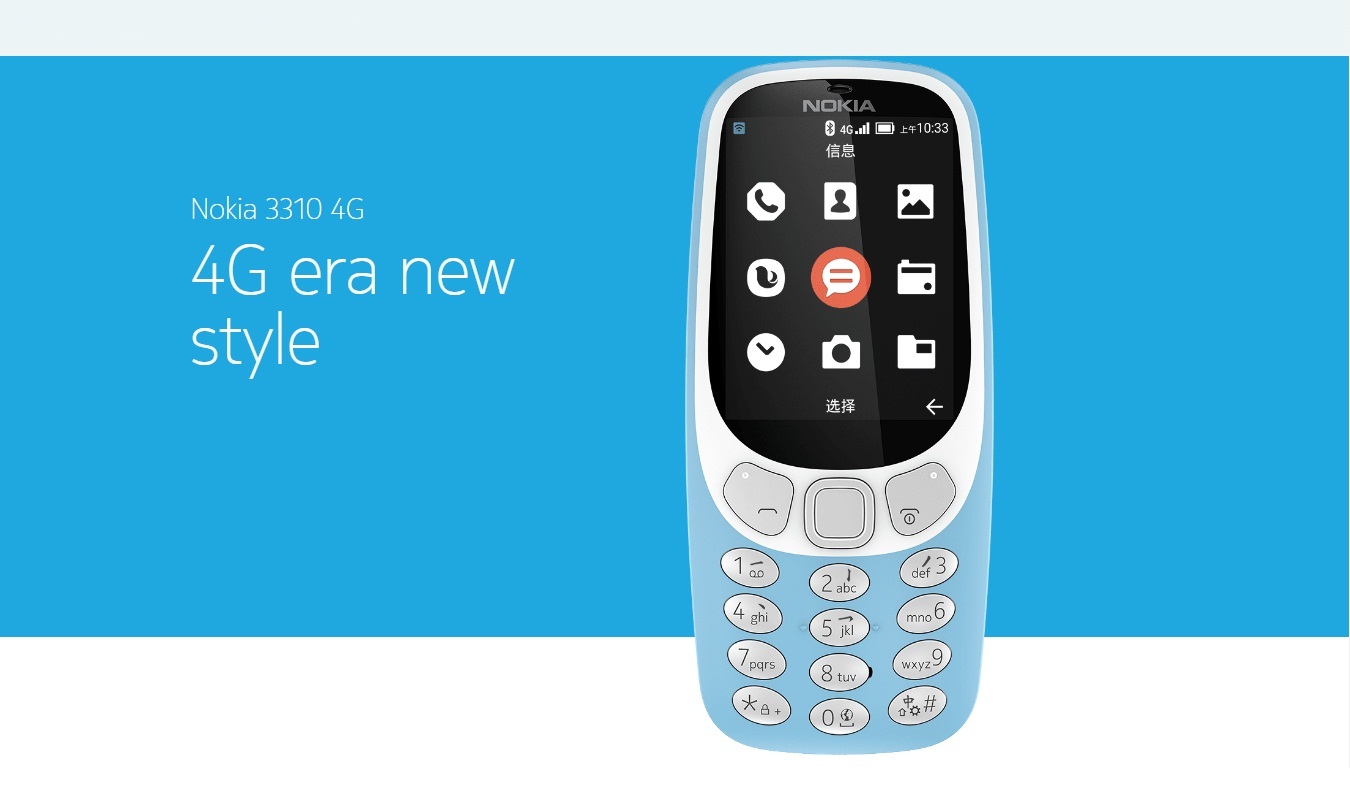 Nokia was launched Nokia 3310 in India in May last year. Now Nokia has launched an updated New version of this device Called Nokia 3310 4G in China. This phone will be able to supports 4G bandwidth, which is a major update compared to the previous version. This latest update can make this phone as practical as it is charming.

Apart from the fundamental change in connectivity, the device will come with mild updates to its operating system and storage. The device has only been launched in China for now and is expected to be unveiled to the rest of the world during the MWC 2018 in Late February. The price of the device will also be unveiled during this event.

The Nokia 3310 comes in two new colours: Fresh Blue and Dark Black. The upgraded phone also sports a new operating system called YunOS, which is developed by Alibaba. This operating system resembles Android and Nokia Series 30 operating system found on the 2G version of the phone. It means the phone is technically capable of running apps like WhatsApp, Facebook Lite, and YouTube, among others.

According to Nokia.com, this device supports VoLTE, which is a great news for Indian Users. And if that wasn’t enough, it also boasts advanced features such as Wi-Fi and Wi-Fi Hotspot The device gets a bump in storage. It also supports 512MB of internal storage and you can expand its storage Upto 64GB with MicroSD card. The device features a 1200mAH battery, which the company claims will give a standby time of 12days on 4G and 15 days on 2G. The phone supports a 2-megapixel camera on the back with LED flash.

Specifications As per Source.